March 24, 2015
Some of the greatest things that happen in a classroom are unplanned and unpredictable.  Students one period decided to move their desks wherever they wanted in the classroom, and it actually produced more learning than I anticipated. 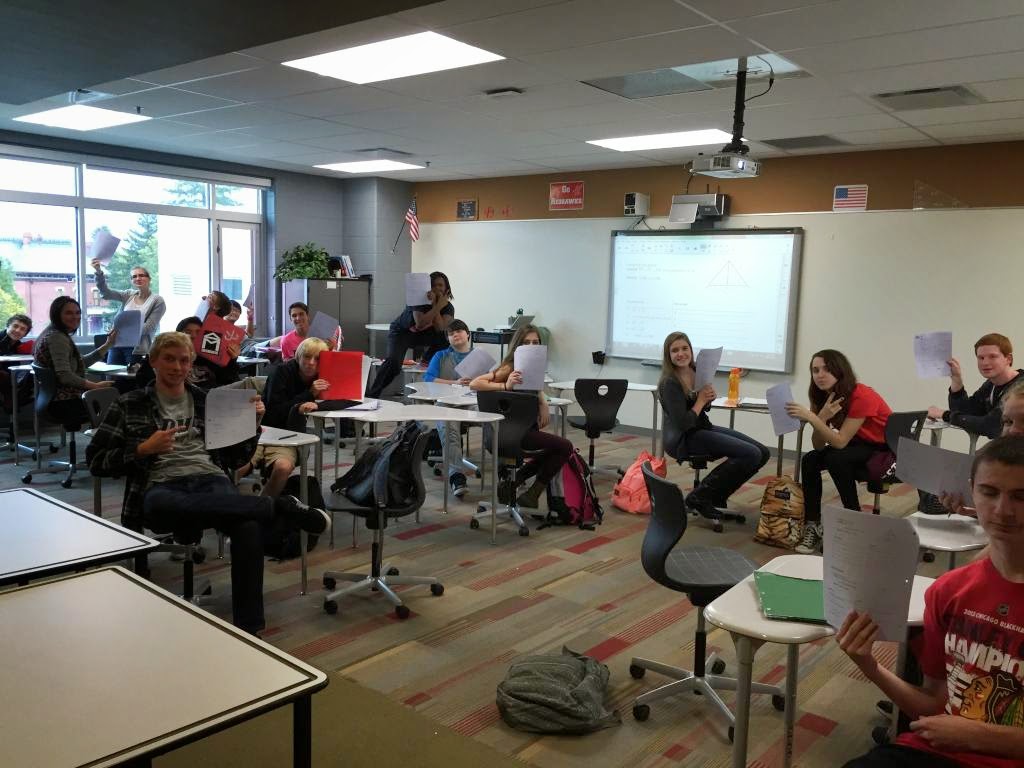 This surprising fruition happened during the last period of the day on a Friday.  As a reward for productivity during the week, I was letting my 8th period students pick their seats on Fridays.  This particular Friday happened to be after a 7th period Homecoming assembly.  Needless to say, Geometry was a low priority for students.  In hoping to get something accomplished during this 8th period, I announced as students were walking in the classroom that they couldn't pick their own seats.  I was getting my computer and lesson set up and listening to the grumbling students.  One student said "I'll sit in my own seat," and proceeded to pick up his desk and move it near his friend.  Other students started taking his cue and moving their desks to wherever they wanted.  Knowing that they weren't going to be productive if I stepped in with my authority demanding that the classroom be run my way, I let this happen.  By the time everyone was situated, I looked up and had 12 students sitting in the front row.  I couldn't argue with that!

We proceeded to have the best period of the whole semester.  It looked messy, but not having students sitting in rows, groups or pairs felt right.  There were clumps of students and also some sitting alone.  It felt less like an institution and more like a club gathered to do some math.  As I taught, it was completely silent.  And when I gave students time to work, they were collaborative and engaged.  We made "move your desk wherever you want Friday" a weekly thing and I incorporated it in my Honors Algebra 2 class as well. 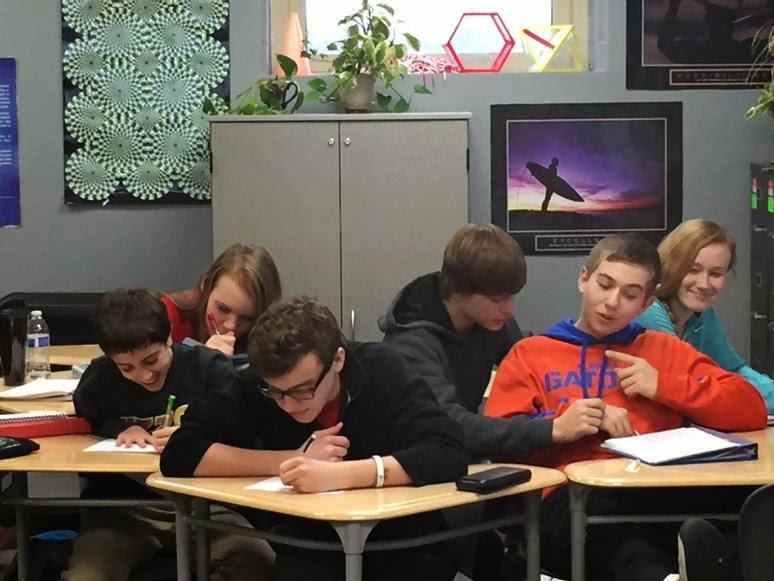 Here are some things I've observed on Fridays.  When I first told my HA2 class they could sit wherever they wanted, as long as they were in the own desks, students chose extremes.  They sat as far away as they could, right under the Smartboard and practically on top of each other.  It takes a few minutes to get situated.  While the student was right in front of the SmartBoard, I just wrote on the wall, and gave him the task of advancing the slides.  One time two friends put their desks next to each other and then saw another student sitting alone.  The friends split up and moved to either side of that student.  I've observed may groups of 3.  By having desks in pairs in rows, if students choose their seats, a group of 3 friends might be leaving someone out.  But by physically moving desks, students can gather in groups of any number, or work individually which some prefer.  To increase engagement, it helps to shake up the routine.  How do you change the routine to re-engage your students?
Classroom Environment